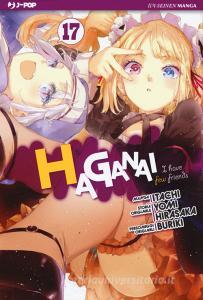 Boku wa Tomodachi ga Sukunai is a manga adaption of the light novel series of the same name. It’s written and illustrated by Itachi and has been published in Media Factory's Monthly Comic Alive since its May 2010 issue, released on March 27, 2010. Additionally, the series has been collected into